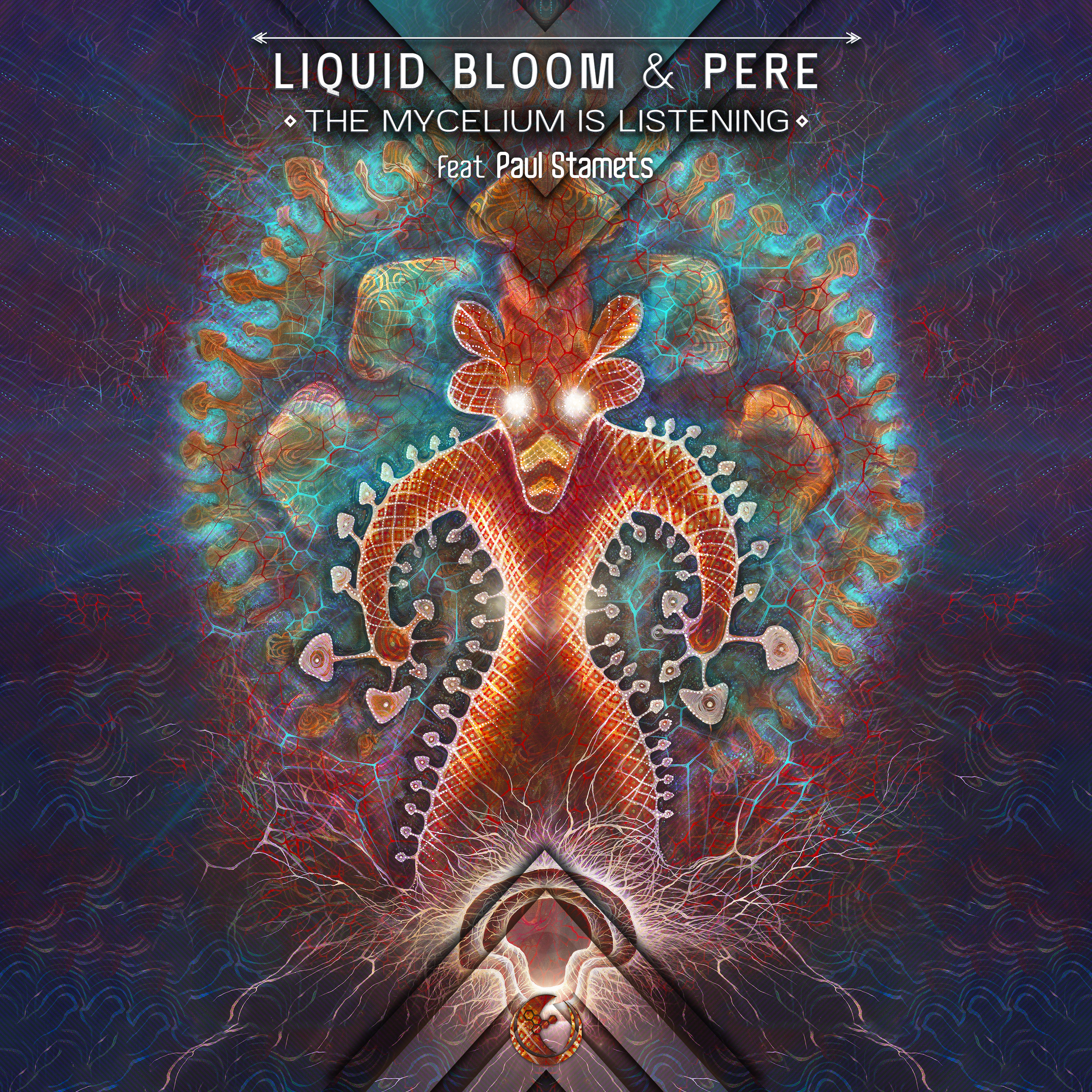 The Mycelium is Listening

The story of Earth is one of resilience, survival, and adversity. Tracing back through cataclysmic events across the eons, there exists one kingdom of life that has beheld and absorbed each chapter of the planet’s traumatic history: fungi. Spreading across the landscapes of the earth, these ancient organisms are connected by an intricate network of branching, root-like structures called mycelium, and that subterranean world has been listening.

As the rising tide of consciousness continues to awaken on the surface of the Earth, join Liquid Bloom, PERE, and famed mycologist Paul Stamets on a meditative dive into the prehistoric world with ‘The Mycelium is Listening.’

Generating a fertile soundscape of soft and prismatic effects, Liquid Bloom and PERE build upon their deep roots in the psychedelic music world with the aid of Stamets’ ongoing story of fungi and mycelium’s inherited role as Earth’s grand caretaker. Overseeing life, death, decomposition, and the creation of food webs for the delivery of nutrients and information to life on the surface, it is this grand alliance of matter and consciousness that has helped guide evolution through each epoch of Earth’s history.

We are reminded that our time on this planet is temporary… Long after we are gone, this sweeping and interwoven life form will remain, carrying the imprint of our existence onward for future generations.