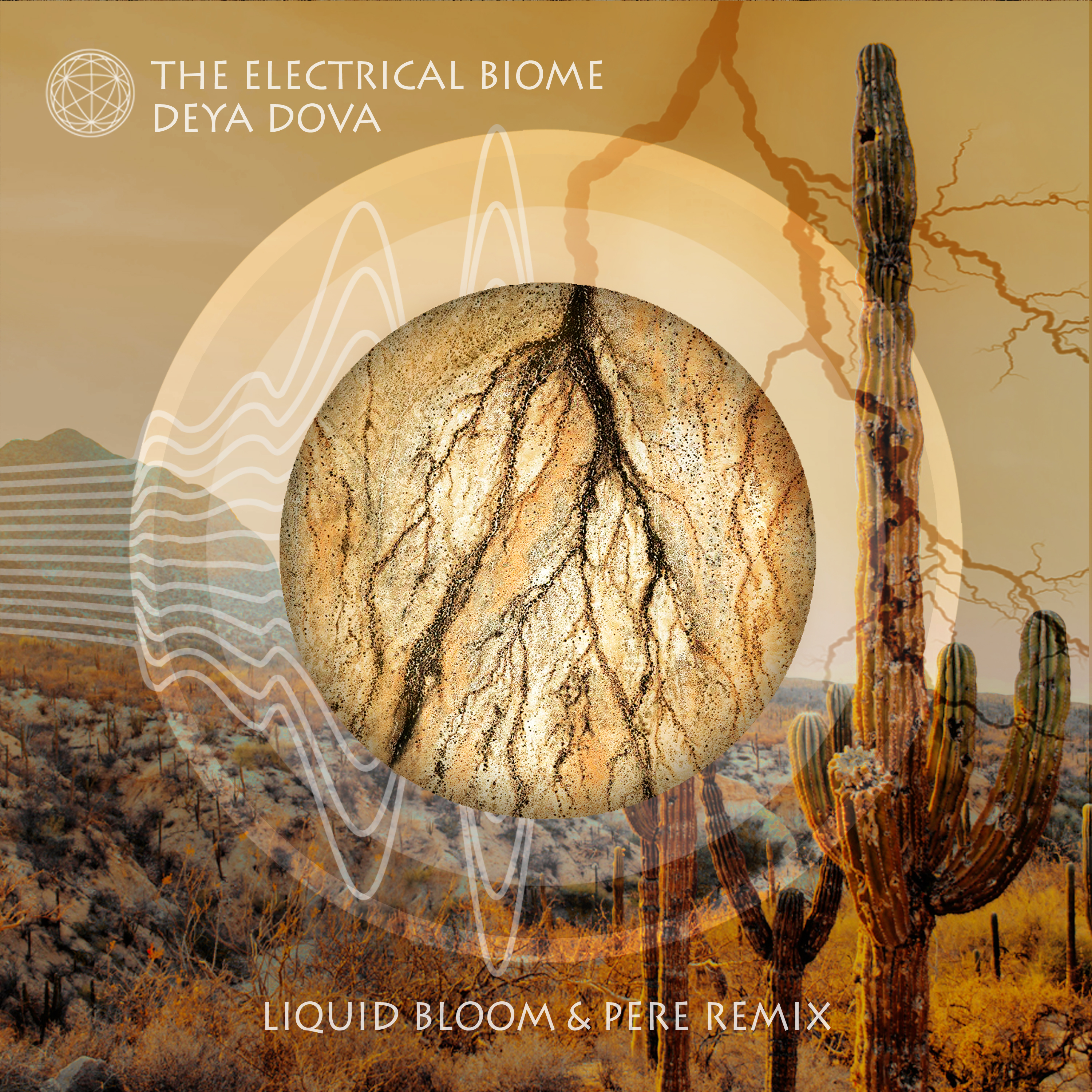 Liquid Bloom & PERE join forces to remix “The Electrical Biome” into an excitingly lavish tribal dance floor odyssey! From the Deya Dova Planetary Grid Music Collection, this music transmits the electrical medicine of the vast open Sonoran desert spaces to the global conscious dance floor & beyond. Masterfully infusing world organic instrumentation – featuring the handpan and didjeridoo by Jerry Walsh – and trance inducing progressive electronica, together with the sublime, in between the worlds vocals of the original song.

The Electrical Biome was originally received and recorded deep listening with the desert horizons, antennae like saguaro cactus and sun scorched rocks in one of the largest Earth energy line intersections in North America – UVG Grid Point 17.

“As far as the eye can see the majestic saguaro cactus out stretch their arms to the heavens. Buzzing with cicadas, birds and electricity. Old ones full of water and mineral conductivity. Their hair like fibres vibrating, simultaneously transmitting and receiving signals. A resonant transference of information. Earth to sky. Sky to earth. Beneath my bare feet the captured heat of the days desert sun transfers rock to flesh. Flesh to rock. Portal of the Sun to portal of the Earth. An electromagnetic, toroidal romance streaming.” -Deya Dova