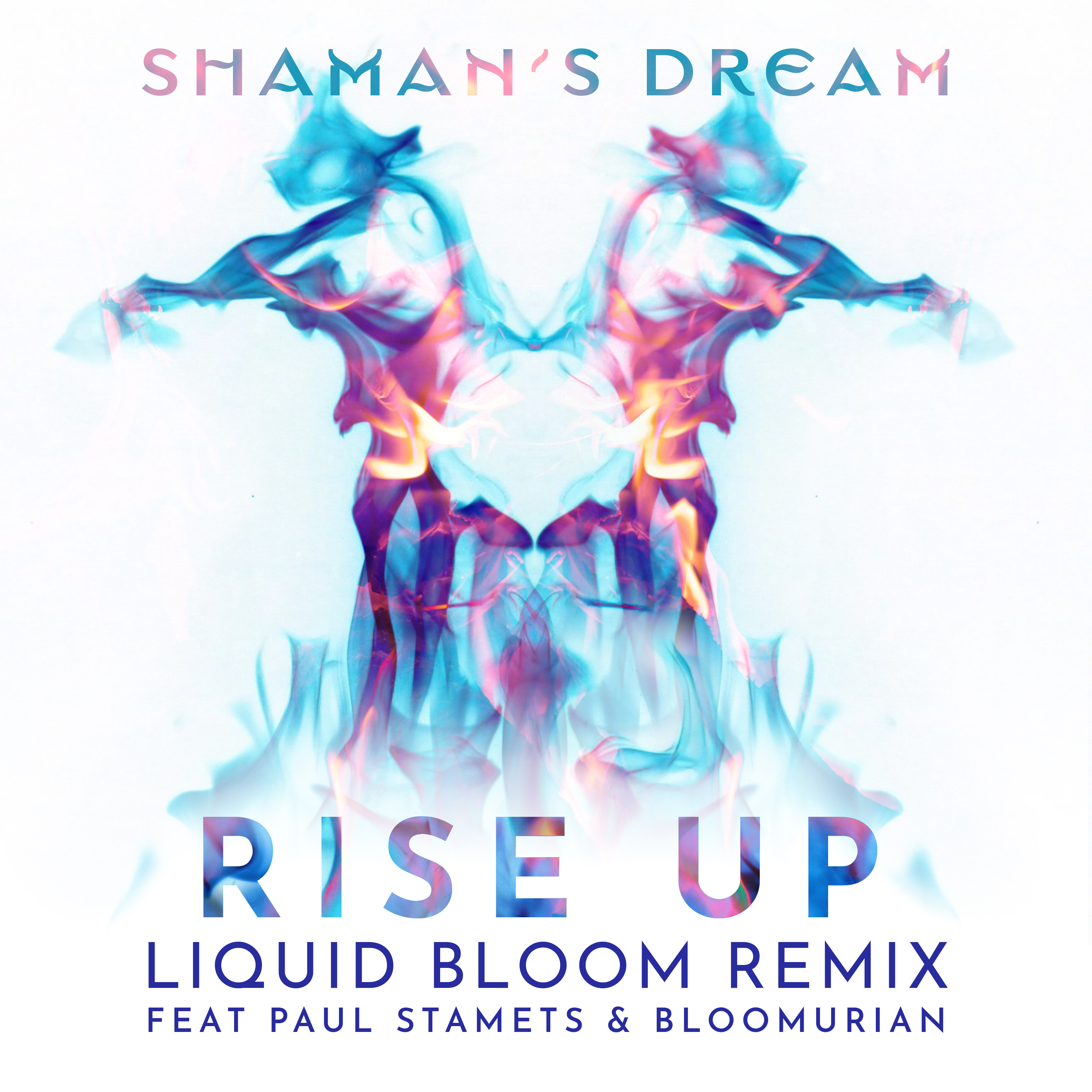 After more than a decade, Shaman’s Dream returns to the ceremonial music space originally shared with the world under the banner of 2008’s collaborative album, ‘Rise Up,’ to deliver the first in a soul-stirring series of remixes delivered by some of the most influential forces in global music today. Opening this series with his signature blend of danceable grooves and electro-acoustic arrangements, Liquid Bloom delves into the percussive and vocal-driven realm of the album’s title track, “Rise Up,” to uncover a world teeming with life and energy.

Beginning with the words of celebrated mycologist Paul Stamets, and supported by the original composition’s powerful Santería chants by vocalist and high priest Peter De Jesus as well as additional musical work from producer Bloomurian, the song speaks to the interconnectedness of life and pays respect to the long line of visionaries and traditions that precede us. Built upon warm and uplifting house beats and accented by flowing guitar work and Liquid Bloom’s holographic array of digital, organic, and instrumental samples, “Rise Up (Liquid Bloom Remix)” is a celebration of life that showcases musical concepts and bedrock philosophies that are equally timeless as they are novel and cutting-edge.

‘Rise Up Remixed’ invites listeners to reflect on the ancient themes and the vitality they have brought to modern music through each phase of its evolution. Release in late spring 2021, the album features remixes that revisit and delve deeper into this mystery of sound and the vehicle of expression that is global music, promising a sonic adventure for listeners and movers of every variety.