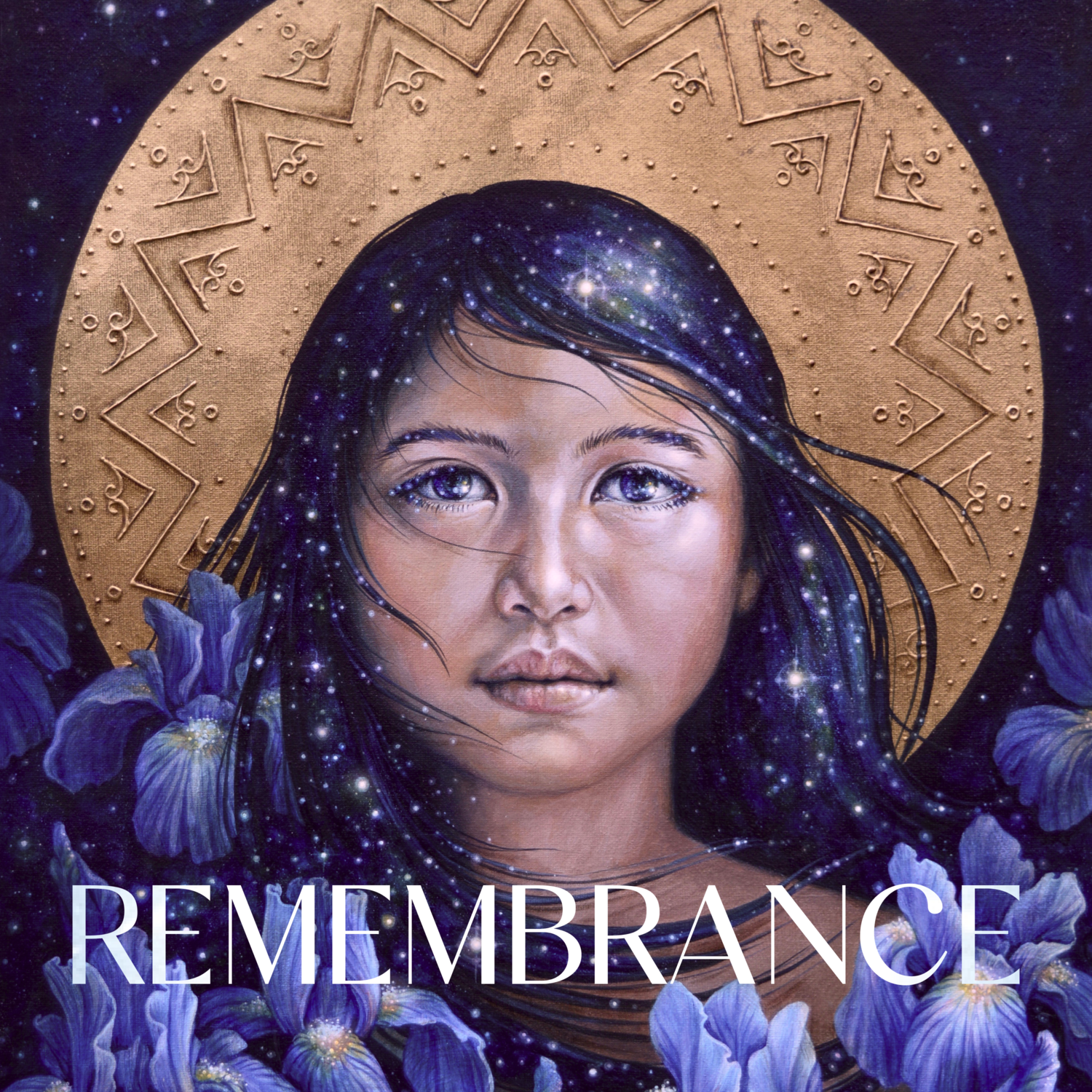 Remembrance is a transformational musical album and guide for embodiment. This offering is a one of a kind collaboration between five artists, including Vylana, Aubrey Marcus, Poranguí, Amani Friend (Liquid Bloom), and Eric Zang. With five transformational soundtracks, this album serves as a guide to support the awakening of humanity to the sacred instrument of the human body. Through the technology of ancient and modern sound design, poetic guidance, and resonant intentionality, the listener embarks on a journey through various states of consciousness to meet themselves at a deeper level. By moving energy through breath, dance, and meditation, the listener remembers their purpose—which empowers them to be of greater service, for the good of all.

This album and the creation of the band, For the Good of All, is the fruition of a prayer planted as a seed over a decade past. Poranguí knew then that music would be created with Aubrey’s spoken word poetry. As this seed began to bloom, a divine convergence took place through the addition of Vylana’s angelic vocalization, Aubrey’s spoken word poetry, and creative guidance with Poranguí stepping into the sacred role as producer. Poranguí called in some of his favorite collaborators: Amani Friend of Liquid Bloom, whose extensive experience producing electronic music graces the album, and Eric Zang, a masterful multi-instrumentalist and mixing engineer who helped finish this all-star ensemble. Special featured artists include East Forest on piano and Indrajit Roy-Chowdhury on sitar to complement this rich sonic journey.

This album is inspired by many cultures, including musical influence from Vylana’s Ploynisian heritage as well as the Hindu tradition’s use of prayer, breath, dance, meditation, and service. The track titles have been named in honor of these ancient traditions. These embodiment practices are inherent to us all and by going on this journey, the listener can be in clear Remembrance, For the Good of All.